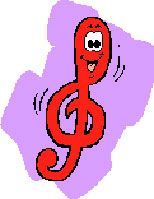 Each cerebral mode manages functions that have application to musical activities, although specific functions may be developed and/or located somewhat differently in individual brains. You can develop and utilize functions from all four cerebral modes by choice, although the way in which you approach music and the amount of energy you expend will differ based on your brain’s innate energy advantage or brain lead.

A portion of the brain known as the rostromedial prefrontal cortex of the cerebrum appears to be involved in one’s ability to remember music and recall a melody. This part of the brain can even identify a wrong note in the midst of a familiar tune. Interestingly enough, the researchers reported that the brains of each of the subjects tracked the sounds in a slightly different way each time the music was played. This may be the reason the same music, at different times or in differing situations, may trigger different emotions. (Refer to Brain References: Music and the Brain for additional information.)

Following are examples of potential functional contributions of each cerebral division to music.

Growing up, you may have heard that if something wasn’t difficult to accomplish it probably wasn’t worth doing. That belief is not holding up under the scrutiny of current brain-function information. In fact, the opposite may be true. There is a huge difference between having learned to do something well and doing it energy efficiently. It is the difference between the perception that you’re working energy-efficiently versus working very hard to accomplish a given task. This means that some musical activities will require a great deal of energy to accomplish. Others may be accomplished with minimum expenditures of energy. Understanding the key characteristics of each division in relation to music may help to reduce tension and misunderstanding as well as enhance relationships both personal and professional.

Following are examples of potential musical contributions of each cerebral division.

Sound requires the expenditure of energy. Energy only comes out of a musical instrument when energy goes into it. When you listen to a violin being played, you are hearing energy in the violinist’s muscles transformed into sound. Only about 1% of the energy put into an instrument comes out as sound.

It is also important to recognize that it generally requires the development of skills in a given musical activity for one’s potential abilities to be realized and demonstrated. Individuals with a similar brain lead may still have varying potential abilities within those functions. This may be due to Genetics or Epigenetics. Some individuals possess and express an especial giftedness that is sometimes referred to as virtuosity.