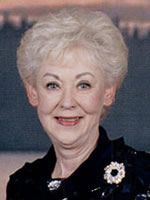 Life Member of Madison Who’s Who, Madison Executive and Professional Registry, published in the 2007-2008 edition

Life member of the National Registry of Who's Who, Published in the 2000 Edition

Honoree, International Who's Who of Professional and Business Women, Fourth Edition, for significant career achievements and contributions to Society, 1995

Most Admired Woman of the Decade, American Biographical Institute Inc, 1992

Included in Edition Five of 5,000 Personalities of the World, American Biographical Institute Inc

Who's Who of Women Executives, The National Reference Institute, Owing Mills, MD, 1989

Included in the Fourth Edition of The International Directory of Distinguished Leadership, for outstanding contribution to adult education, American Biographical Institute Inc

Included in the Sixth Edition of Who's Who in American Nursing, The Marquis Who's Who Publications

Alumna of the year, Loma Linda University School of Nursing, 1989