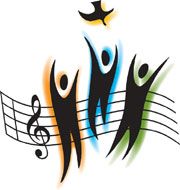 The term religion is sometimes used interchangeably with and word faith, although the concept of faith can apply to a trust in a Higher Power or as subscription to specific beliefs regarding the sacred or diving and the practices and institutions associated with those beliefs. As such, the term religion can apply to an almost limitless number of forms in a variety of cultures. Sometimes the word religion is used to designate a specific denomination. In that case it might more properly be described as a religious organization,adherents of which subscribe to and support the exercise of their brand or form of religion. There are many such religious organizations in today’s world including Judaism, Christianity, Islam, Buddhism, Hinduism, Unitarian Universalism, and Spiritism to name just a few.

Andrew Newberg and Mark Waldman, co-authors of the book How God Changes Your Brain, wrote that Americans are becoming less religious but more spiritual as they embrace images of a universe that is scientific yet mystical. The authors reported study results that appear to indicate clearly that religion and spiritual practices generally have a positive effect on a person’s physical, emotional, and neurological health. Individuals who include these modalities in their lives may exhibit fewer addictive behaviors, exhibit better health overall, and might even live longer than those who live more secular lives. But not always.

Studies have shown that the impact religion depends very much on the perception that adherents have of God. If the individuals view their God as loving, compassionate, supportive, and forgiving, they tended to have a positive view of themselves and of the world around them. If, on the other hand, they viewed their God as unforgiving, vengeful, and even disinterested or dispassionate, this perspective could have deleterious effects on both their physical and mental health.

This latter perspective can activate portions of the brain that are involved in anger, fear, and stress responses. Not only can this ultimately damage portions of the brain and body, but also end up triggering animosity and even violence toward those who ascribe to a different belief system. It likely forms the basis for the position that “My religion is right and your religion is wrong.” Atheists are prone to point out the inconsistency between subscription to a religion that is often supposed to encourage harmony and brotherhood among people and nations and the destructive behaviors and actions that often are perpetuated in the name of that same subscription (starting as far back as the crusades and reaching as far forward as some of the current wars and controversies in today’s world).

Individuals who choose to affiliate with a specific religious organization often gravitate toward specific types of religious activities. This may be based on their own innate preferences as well as factors such as upbringing, expectations, and whether or not the individual is living his/her innate giftedness.

Following are examples to consider.