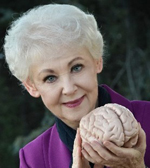 Delayed gratification is a label that describes an ability to resist an immediate reward, hoping to obtain a more valuable reward in the future. Essential for self-regulation, self-control, goal achievement, and success, it is a learned skill.

In the 1960s, psychologist Walter Mischel began a longitudinal study on deferred gratification designed to measure the willpower of 4-year-old children to delay gratification. Eventually, known as the Stanford Marshmallow Experiment, Mischel placed a large marshmallow in front of 653 children. Each child could choose to eat it immediately or, if after waiting for 15 minutes until the researcher returned to the room, have two marshmallows.

Two-thirds of the 4-year-olds ate their marshmallows before the researcher returned. A few children even tried to “bully” others into giving up their marshmallows, reinforcing an emerging understanding that bullying behaviors are learned.

One third of the children waited and received a second marshmallow. These particular 4-year-olds seemed to think differently. They sang songs, tapped feet, told stories, played games, walked around the room, closed their eyes, or even fell asleep while waiting.

A 1988 follow-up found that those who had gotten a second marshmallow were more socially competent and self-assertive. They also exhibited more resilience in dealing with life’s frustrations. A 1990 follow-up showed that the 2-marshmallow youth had applied deferred gratification in pursuit of their goals. They averaged 200 points higher on their SAT college-entrance exams and were already more successful than the eat-it-now children.

In 2011, a sample of the original participant group received brain imaging. Scans showed two key differences in two brain areas in participants who had received 2 marshmallows. Their prefrontal cortex (involved in planning, evaluating, deciding, choosing, and willpower) was more active. The Ventral Striatum located deep inside the brain and affecting mood, addiction, and learning, was also more active when the 2-marshmallow participants were endeavoring to delay gratification.

Even if you might have been in Mischel’s two-thirds group of eat-it-now children, in adulthood you can intentionally learn to delay immediate gratification. Linked with high EQ Skills, an ability to delay gratification is essential for self-regulation, self-control, goal achievement, and success.