The word epidemic typically describes a condition in which contagious diseases spread rapidly among many people. Data from the 2011-2012 National Health and Nutrition Examination Survey, or NHANES, revealed that two thirds of Americans were overweight and more than a third were obese. Obesity is now being called a disease. That meets part of the definition of an epidemic, but is obesity contagious? Apparently so.

Tanzi and Chopra, in Super Brain, point out that in the social network of family, coworkers, and friends, simply relating to someone with a weight problem makes it more likely that you’ll have one. Data collected by social scientists have shown that if one person becomes obese, the likelihood of a friend following suit increases by fifty-seven percent. If a sibling becomes obese, the chance that another sibling will become obese increases by forty percent. An obese spouse increases the likelihood the other spouse will become obese by thirty-seven percent. And so on.

Enters the word pandemic,from the Greek word pandemos, meaning it pertains to all people. National epidemics of obesity have joined forces and have become pandemic, sweeping the globe. Data released by the Central Intelligence Agency’s World Fact Book (July 2013), listed the top fifty countries with high rates of obesity. The most serious obesity rates were identified as being located in the South Pacific, where in some regions, estimates are that three fourths of the residents are obese.

Among the world’s largest countries, the most obese in the Western Hemisphere is The United States of Mexico (Estados Unidos Mexicanos), with an obesity rate of nearly one third of the population.

Mexico just recently surpassed the United States of America, which has an estimated obesity rate of just under one third, according to some statistics. Likely dehydration, sleep deficit, and inadequate physical and mental activity follow right behind—but these issues may be more difficult to assess and quantify.

This global pandemic is of national and international concern because obesity is linked with more than fifty diseases—including type 2 diabetes, heart disease, some forms of cancer, and dementia. According to the American Diabetes Association, a person is diagnosed with diabetes every twenty seconds in the USA, most with type 2 diabetes (although some will go on to develop type 3 diabetes and/or diabetes mellitus). If people continue to gain weight and remain inactive, estimates are that within thirty to forty years, one in three Americans will have some form of diabetes, a terrifying statistic for patients, as well as healthcare professionals and health systems.

The Centers for Disease Control and Prevention identify adult overweight and obesity based on one’s Body Mass Index or BMI:

Weight gain often begins with a slow, almost imperceptible creep. First, there’s pleasingly plump, so called, then overweight, then obesity, and sometimes morbid or life-threatening obesity. A few ounces here, a pound there. Insidious, to say the least. On average, people tend to gain about a pound between mid-November and mid-January from ingesting more calories than they expend. But it’s only a pound! Right. But many hang on to that pound for dear life. Tenaciously. In ten years, these individuals can be ten pounds heavier just from packing on a pound per year. And if they repeat that gain for anniversary and birthday celebrations, weight-creep can move up to a steady weight-crawl.

Some have suggested the global obesity pandemic may be less an accident and more the result of careful marketing. Data published by the Euromonitor from the Global Market Information Database (2002) estimate Americans consume close to fifty billion liters of soda per year. Sodas have beaten out commercial white bread as the number one source of calories contributing to weight gain. Watch sports events on TV and count the ads for beverages.

According to the National Soft Drink Association (NSDA), consumption of soft drinks is now over 600 12-ounce servings per person per year. Since the late 1970`s, soft drink consumption in the US has doubled for females and tripled for males. The highest consumption is in males between the ages of twelve and twenty-nine. They average one hundred sixty gallons a year.

There are other contributors, as well. In Lick the Sugar Habit, Nancy Appleton, PhDpoints out that the average American consumes 20 pounds of artificial sweeteners per year, which can actually increase one’s appetite by stimulating the salivary glands, thus defeating their original purpose. According to Julia Ross, MA, in The Diet Cure, artificial sweeteners can contribute to compulsive eating, an increased craving for sweets and fatty foods, and an increase in weight. Ingredients in Aspartame reportedly compete with Tryptophan and can block its conversion into serotonin, while saccharin can cause an increase in overall consumption of sweets.

There is trend toward getting less physical activity, too. Dr. Edward Archer and colleagues examined forty-five-year trends in time use and physical activity energy expenditures in a nationally representative sample of mothers in the USA. The results, published in the Mayo Clinic Proceedings, 2013, showed that household chores in 1965 consumed nearly twenty-eight hours per week. In 2010, this had fallen to thirteen hours, resulting in a reduction of approximately three hundred and sixty calories expended per day.

At the same time, hours spent watching TV and using other electronic devices doubled in that time period, going from eight hours per week in 1965 to seventeen hours per week in 2010. This has resulted in a further reduction of daily calories expended wake refreshed and energetic.’ Studies suggest that 60 percent of people spend more than 6 hours a day in front of a digital device.

Similar changes have been observed in the workplace. A 2011 study by Timothy S. Church, “Trends over Five Decades in U.S. Occupation-Related Physical Activity and Their Associations with Obesity,” estimated that since 1960 the mean daily energy expenditure due to work-related physical activity has dropped by more than one hundred calories per day in both males and females.

How is the obesity pandemic viewed by big business?

The word on the street is that with seven billion pounds of overweight in the U.S., entrepreneurs see a new market and are going creative. Longer needles are needed to go through more adipose tissue. New toilet seats may need to support weights of up to twelve hundred pounds and shower sizes will need to increase. Bed frames may have to be reinforced, dining and lounge chairs strengthened; car and airplane seats expanded. And so on.

In addition to an intake of high-fat, high-sugar, refined foods and high caloric beverages, experts credit sedentary lifestyles as a factor in the global pandemic. Only twenty percent of adults in America participate in regular aerobic and muscle-building exercise. The typical obese female gets an average of one hour of vigorous exercise per year; while obese males, an average of four hours. That’s not nearly enough to realize the benefits of physical exercise.

Participants in a recent seminar on how to create and implement a Longevity Lifestyle, expressed many reasons for making conscious decisions to take back their lives and health. For example:

More and more individuals are choosing to do something proactive about their hopes, fears, and health challenges. They are interested in creating and implementing a Longevity Lifestyle—and the physical, mental, emotional, spiritual, and social empowerment that comes from role-modeling happy, healthy, and successful.

Prevention typically beats cure. While prevention cannot undo the past, it can minimize replicating damage in the future and may even mitigate existing injury. The brain and body are quite resilient. It often takes months of mis-living before symptoms of imbalance show up in the form of illness and disease. Nevertheless, steps taken today may result in improvements down the line—and sooner than you might think.

Author Jean Carper, in her book Your Miracle Brain,indicates that ingesting proper nutrients can have an almost immediate impact on brain cells and brain functioning. So it is doable. 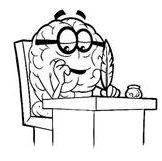 In order to stop this particular pandemic, each person–each brain and body—must become a committee of one and "be the change" each would like to see in the world. Success involves identifying unhealthy (often automatic) habits and replacing them with healthier habits, which can then become automatic. It requires the practical application of strategies that have been shown to be effective, while avoiding those that have not. It demands daily vigilance along with a lifetime commitment.

And you can do it!